Posted at 17:03h in Competitive tender MIUR, Others projects, Projects by seedmediaagency 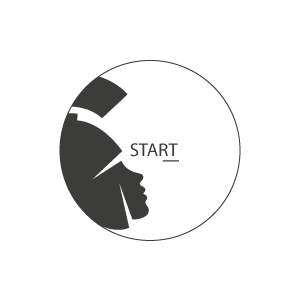 The geothermal source has great development prospects, especially in Italy, but it is still held back by some factors: the scarcity of areas with abundant and high-temperature hydrothermal resources; the poor acceptance that derives from a bad perception of the population with respect to the withdrawal and reinjection of fluids. The new ORC binary fluid technologies, combined with the possibility of total reinjection of geothermal fluids (including non-condensable gases) already make it possible to create efficient electricity production plants, even with medium enthalpy, and with a very low environmental impact. Current technologies also make it possible to build geothermal plants even of very low power, thus allowing the pursuit of autonomous electricity production for local uses at the scale of hotels / large apartment buildings / public infrastructures, etc. The popular perception of geothermal energy is however still negative, especially in Italy, in particular in relation to the activities of sampling and re-injection through the wells, which is worrying for an alleged seismogenic potential (in reality practically absent in the practical cases of small plants). Furthermore, the main problem of geothermal production is that there are few areas with enough temperatures high localized to such depths as to be economically usable. The START Project aims to find effective solutions for these problems, and in particular to develop an efficient system of electricity generation and thermal co-generation with almost no environmental impact, which can be inserted in urban contexts. The proposed solution is a system of poly-cogeneration (electric and thermal) made with mini e micro-plants that associate other thermal renewables, in particular solar, with the geothermal resource thermal. A system of this type, which in the START project is associated, during the night, to the use of plant biomass, allows, in areas of low enthalpy, to increase the temperature of the geothermal fluid so as to be able to feed a binary co-generative plant ; where the geothermal resource is already abundant, the other thermal renewables allow to increase the output power. Furthermore, for the first time in Europe, a well-controlled heat exchange system will be experimented to avoid the pumping in and the reinjection, thus making these plants with virtually no environmental impact.