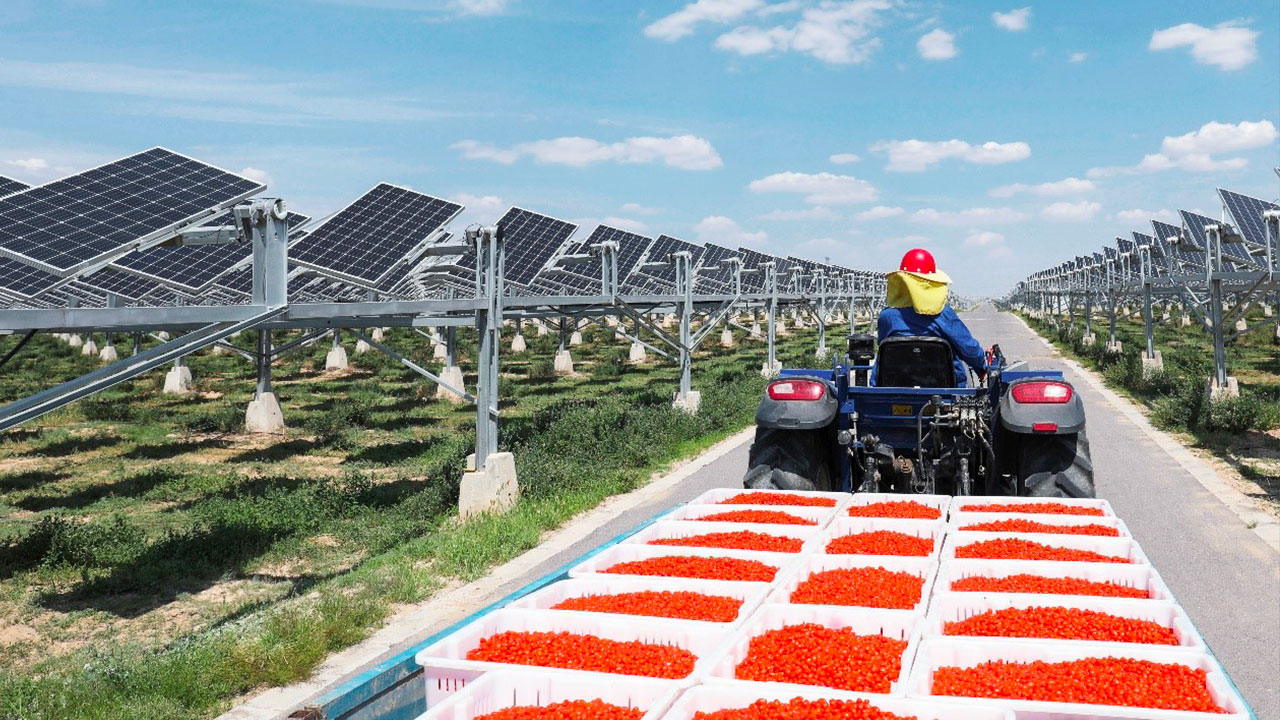 The Baofeng Group is building a 1 GW solar park which is hosting a goji berry plantation in the Binhe New District on the eastern banks of the Yellow River in the Ningxia Province. Around 640 MW have so far been grid-connected. Huawei is providing the inverters for the project.

Chinese internet information services provider Baofeng Group is expanding the capacity of a 640 MW solar park in the Binhe New District on the eastern banks of the Yellow River in the Ningxia Province to 1 GW. In this giant project, the company is combining PV power generation with the production of goji berries, which are an ingredient in traditional Chinese, Korean, Vietnamese and Japanese medicine.

A spokesperson from Chinese inverter maker Huawei, which is providing its products for the project, told pv magazine that the Baofeng Group began managing 107 square kilometers of desertified land in the area 2014, and that it initially planted alfalfa to improve the soil. The perennial flowering plant was then removed to enable the construction of the solar plants and, upon its completion, goji berries were planted underneath the panels. “This helped resume goji farming in the region, which in turn revived an otherwise dead expanse of desert,” the spokeperson said.

The first 640 MW section of the project, which relies on 13,000 Huawei smart string inverters, was grid-connected under China’s feed-in program for solar energy in 2016. According to Huawei, the facility was built in a sustainable way.

“The ecosystem in this region has improved, the number of small wild animals has increased significantly, like sparrows, hares and pheasants,” Huawei representative added. The solar power plant is said to effectively reduce land moisture evaporation by between 30 and 40%. The vegetation coverage has purportedly increased by 85% while significantly improving the regional climate. “All the plantation use the drip irrigation because that area has very little precipitation,” the spokesperson further explained.

The panels were installed at a height of 2.9 m, which not only offers enough room for the cultivation of goji berries, but also ensures optimal operation and maintenance activities, the company claims, adding that Baofeng uses drones and Huawei Smart Management System for the plant inspection.