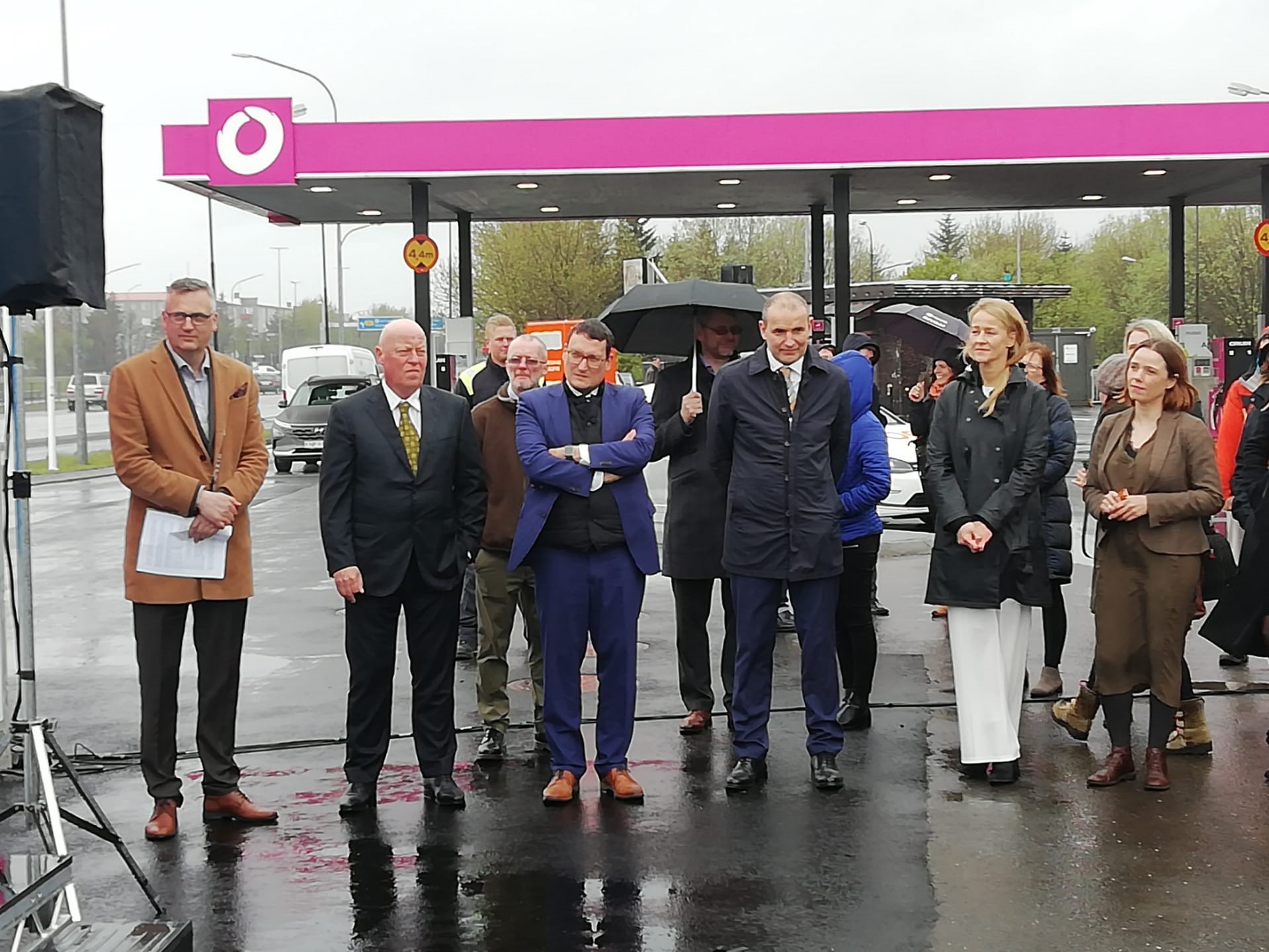 Posted at 10:57h in News dal mondo by Adele Pianese

The first multi-energy station in Iceland opened today, 15 May 2019, in Reykjavík. The station, built in the framework of the Hydrogen Mobility Europe (H2ME) project, is the third hydrogen station in Iceland, and the first combined station where biomethane, fast charging and hydrogen are all available under the same canopy.

The President of Iceland Mr. Guðni Th Jóhannesson inaugurated the station, together with the Chairman of City of Reykjavík‘s Council of Environment and Health, Ms. Líf Magneudóttir, the FCH JU Executive Director, Bart Biebuyck and the General Manager of Icelandic New Energy, Mr. Jón Björn Skúlason. The EU Ambassador to Iceland, Michael Mann, attended the event as well, which marked an important milestone in Iceland’s energy history.

The exemplary use of renewable sources in its electricity infrastructure puts Iceland in the perfect position to develop a sustainable transport system based on green hydrogen. The FCH JU supports Iceland to become a model in H2 transport in Europe, with 3 hydrogen refilling stations and 17 cars already deployed (or soon to be deployed) through the H2ME project.

Following the opening will a workshop took place celebrating the anniversary of the Icelandic New Energy Company, a company that promotes the use of hydrogen fuel in Iceland since 1999.